On Tuesday evening, HPE unveiled its Gen10 Server, "The world's most secure industry standard server" as claimed by HPE and backed up by InfusionPoints' hardware testing services.

HPE is the first vendor to put silicon-based security into its industry standard servers, addressing firmware attacks, which are one of the biggest threats facing enterprises and governments today. 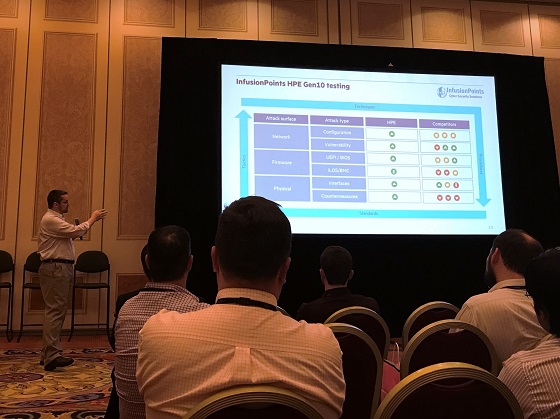 Finally on Thursday InfusionPoints' CTO Jason Shropshire Joined HPE's Bob Moore in theCube for an interview on the new Gen10 server announcement. All in all, it was a productive week for InfusionPoints. We are grateful for HPE's dedication to the security of its products and for allowing InfusionPoints to have a role in conducting the independent testing and analysis.