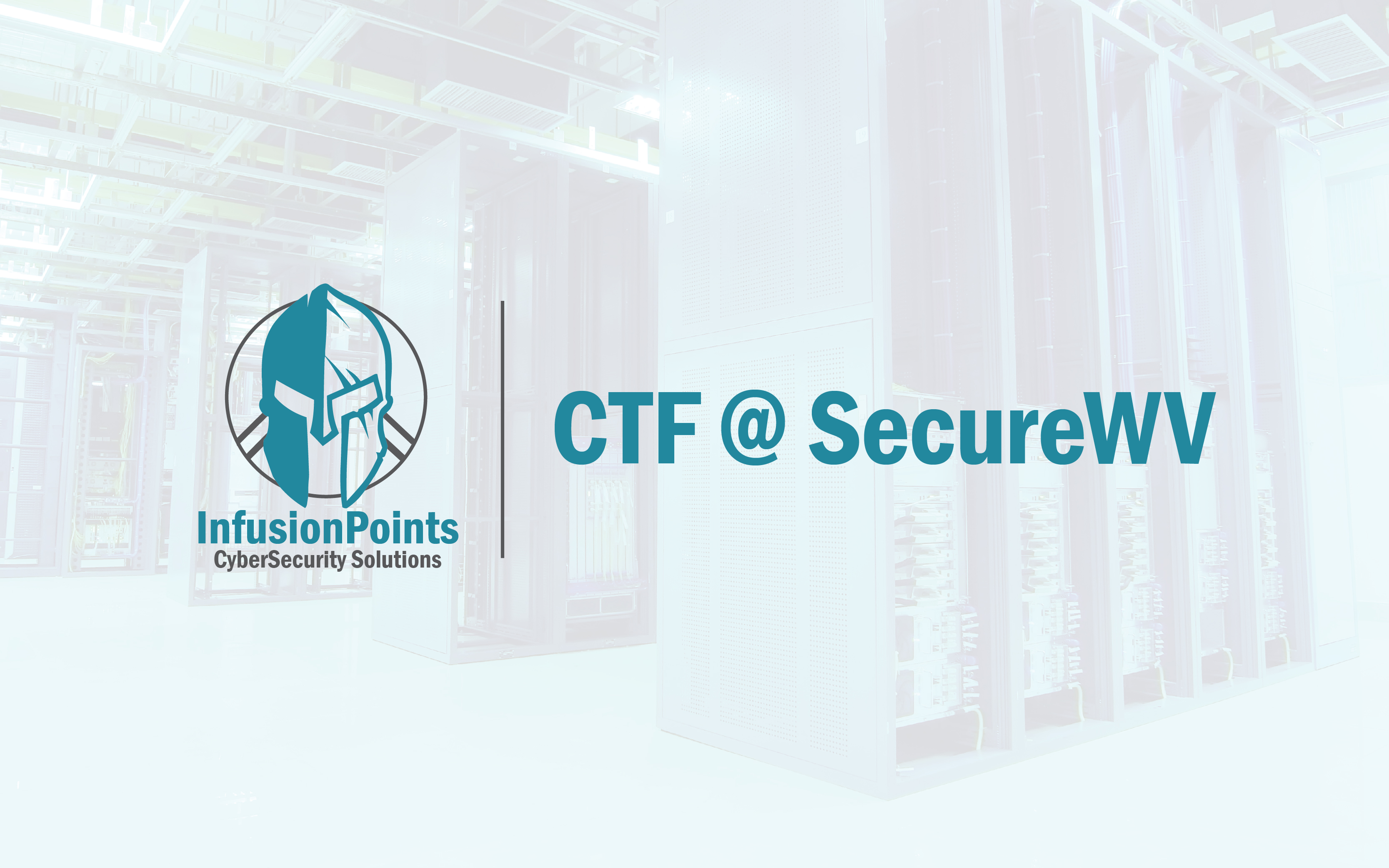 InfusionPoints conducts the CTF at SecureWV in Charleston, WV November 18-19...

InfusionPoints teamed up with Benny Karnes (@kungfujo) to conduct the Capture the Flag (CTF) event at SecureWV in Charleston West Virginia on November 18th and 19th 2016.

There was a great turnout at the event.

InfusionPoints is integrating blue-teaming capabilities into our mobile CTF lab environment. Some of this was on display at SecureWV.

Not a #Hacker but want to learn about #IR or #Forensics while at @SecureWVCon ? Stop by the #CTF room and watch live attacks on @alienvault! pic.twitter.com/hb7zDQG3Lq

Three displays in the CTF room showed the Scoreboard, InfusionPoints VNSOC Capability, and most importantly... 80's movies. As described on SecureWV's Facebook page:

This year we had a first with our Capture The Flag (CTF) game. In years past, we ran Adrian’s Network King of the Hill (NetKotH), but this year we added to it with a true CTF game, which InfusionPoints, LLC helped by hosting the VMs on their cool server. They also entertained the CTF room by showing their cool Virtual Network Operation Center (VNSOC) software, the scoreboard, and the movies the VMs were based on (to help with hints). This was the most entertaining CTF room I’ve seen.

And the winners are...

It was a great time, and InfusionPoints is proud to continue our support of Information Security learning opportunities like SecureWV.