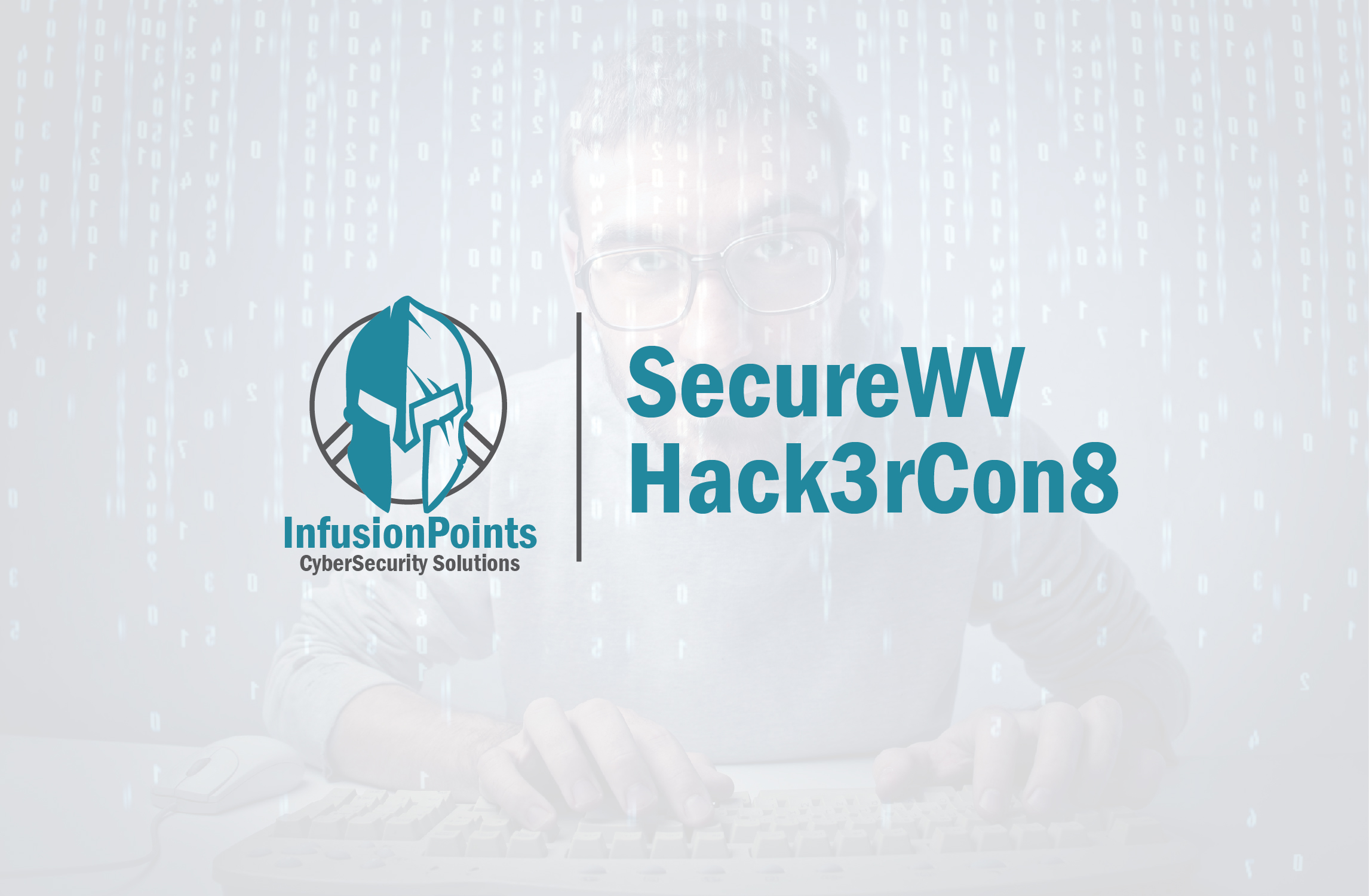 InfusionPoints conducts another CTF at SecureWV / Hack3rCon8 "The Ocho"

InfusionPoints teamed up with Benny Karnes (@kungfujo) again to conduct the Capture the Flag (CTF) event at SecureWV / Hack3rCon8. The event was held again this year in Charleston West Virginia on November 17-19th.

At last, the veil was lifted.

InfusionPoints is a proud sponsor of @SecureWVCon. This is our third year sponsoring the conference and the great work that they do.

It was a great event, and we look forward to doing it all again next year. If you are interested in hosting a CTF at your event, let us know! InfusionPoints is passionate about information security, and training the next generation of warriors!